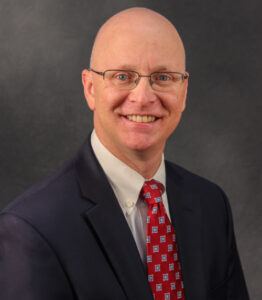 Jon is a principal member of the Insurance Defense, Insurance Coverage and Construction Law practice groups, and he works primarily in the areas of civil litigation, insurance coverage, insurance defense, insurer bad faith defense, commercial litigation, professional liability, construction litigation, toxic torts, products liability, subrogation and workers compensation. Throughout the course of his career, Jon has tried over 200 cases to verdict and handled hundreds of other claims, arbitrations and appellate proceedings primarily in the State and Federal courts of Maryland and the District of Columbia. Jon is involved in several professional committees and associations, and he is very active with the bar associations for the jurisdictions in which he is licensed.

Jon has lived in Montgomery County since 1970. He attended Rockville High School, where he co-captained the soccer team his senior year, played the trumpet in the marching band, and was sports editor of the school newspaper. Jon earned a B.A. in Government from Wesleyan University in Middletown, Connecticut. While at Wesleyan, Jon played soccer for three years and was selected as a member of Phi Beta Kappa.

Jon attended the National Law Center at the George Washington University. He was selected to write for The Law Review; however, he declined the invitation in order to pursue a career in trial practice. From May of 1992 through May of 1994, Jon was a law clerk with McCarthy Wilson.

After graduating from law school with honors in May of 1994, Jon worked as an associate at Jackson & Campbell, P.C., in Washington, D.C. Jon returned to McCarthy Wilson in February of 1996 as an associate and became a partner in 2004.