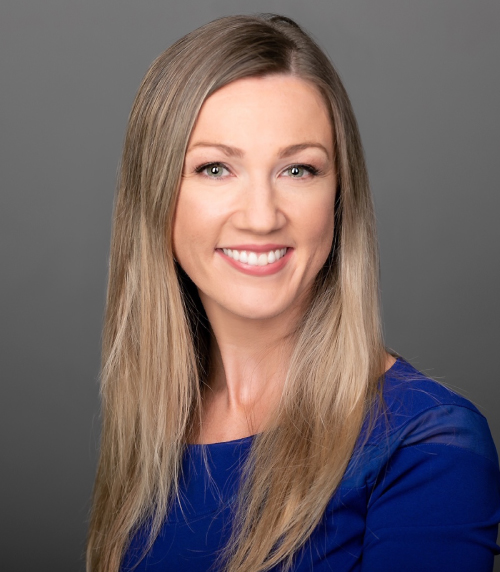 The Maryland Court of Special Appeals recently came out with a decision regarding the tender of defense and indemnification of additional insureds in the context of construction defects litigation.  The opinion covers several issues that often arise during the course of a construction defects claim, including apportionability, scope of coverage, and subrogation rights. See Selective Way Insurance Co. v. Nationwide Property and Casualty Insurance Co., et al., No. 755, Sept. Term 2018, 2019 WL 5588994 (Md. Ct. Spec. App. Oct. 30, 2019).The case involved a large residential project where the general contractor, Questar, hired over twenty five subcontractors to complete the project. After water infiltration problems developed, the owner filed suit against Questar. As is typical in such cases, Questar then filed third-party claims against all of the subcontractors seeking indemnification. While the underlying suit was pending, Questar, through its insurer, Nationwide, tendered its defense to each of the subcontractors and their insurers. Thereafter, Nationwide filed a declaratory judgment action against the subcontractors and their insurers to determine the extent of insurance coverage for Questar under the various policies.  While the DJ action was pending, Nationwide and Questar settled the underlying suit with the property owner. Then they reached settlements with a number of the subcontractors and their insurers. The non-settling insurer, Selective Way, asserted that it was not obligated to defend or indemnify Questar since there was insufficient evidence that its insured contractors’ work caused the alleged damages, it was unclear when such work was completed or that damages manifested, and there were separate allegations of negligence against Questar. Ultimately, the Court found in favor of Nationwide and Questar, finding that Selective Way breached its duty to defend the general contractor as an additional insured, which was required by the underlying subcontract and which was encompassed in the insurance policy’s insuring grant language. See Selective Way at 6.

Relying upon well-established and oft-cited precedent, the Court re-affirmed that an insurer’s contractual duty to defend is a liberally construed one under Maryland law. A plaintiff need only allege an action “potentially covered” by the policy to trigger the insurer’s duty. See Sheets v. Brethren Mut. Ins. Co., 342 Md. 634, 643 (1996). And, the insurer breaches that duty by refusing to defend a suit in which a claim is potentially covered. Selective Way at 7 (citing Mesmer v. Maryland Auto. Ins. Fund,353 Md. 241, 258 (1999). This refusal is what caused the Selective Way matter to proceed to trial—Nationwide settled with the other subcontractor insurers but Selective Way stood by its refusal to defend on the basis of Nationwide’s inadequate notice and “unclean hands.” Despite Selective Way attempting to refute its duty by arguing that some of the damage was caused by other subcontractors, the Court of Special Appeals simply concluded that the “mere possibility” that Selective Way “might” need to indemnify the general contractor was “enough to trigger the duty to defend.” Selective Way at 11.  In addition, the Court’s holding specifically suggests that the allegations of defective work, when coupled with descriptions of work performed by the insured subcontractors, are sufficient to trigger defense coverage regardless of whether the allegations later turned out to be unsupported.

Naming a party as an additional insured on the indemnitor’s insurance policy is a growing trend, particularly in construction agreements between contractors. It is certainly advantageous for general contractors seeking to limit their exposure to potential liability without the responsibility of paying additional insurance premiums and a potential deductible in the event of a suit. It also has a strategic purpose: making contractual indemnity provisions more fiscally viable; indemnification will only go as far as the indemnitor’s assets with which to cover potential damages that arise. By causing an indemnitor to name one’s company as an additional insured, and often providing that the subcontractor’s insurance be the primary insurance policy, with the general contractor’s own insurance covering only in the event of a judgment in excess of the policy limits, places general contractors in a highly favorable position. See Selective Way at 19 (citing Nolt v. U.S. Fid. & Guar. Co., 329 Md. 52, 60 (1993) (Maryland courts recognize that whether one liability insurer is primary or contributory “depends, as far as possible, on the specific language of their policies”). As to the subrogation argument put forth by Selective Way, the Court concluded that the circuit court was correct in permitting the general contractor’s insurer to utilize its subrogation rights and recover what its insured “would have been entitled to recover: the reasonable cost of defending the entire suit.” Selective Way at 29.

Most interesting about endorsement of an additional insured to reinforce defense and indemnification provisions, though, is that this potentially circumvents the widely known public policy that disallows broad form indemnity clauses. Maryland, like the majority of states, prohibits broad form indemnification—in which the indemnitor seeks protection even in the event of its sole fault or negligence in an accident. Pursuant to Maryland statute § 5-401, a construction contract indemnity clause seeking the promisee’s immunity from actions arising “from the sole negligence of the promisee or indemnitee […] is against public policy and is void and unenforceable.” Md Code, Cts. & Jud. Proc. § 5-401(a)(1); See Bethlehem Steel v. G.C. Zarnas, 304 Md. 183, 195 (1985) (“Here, the General Assembly of Maryland has specifically addressed clauses in construction contracts providing for indemnity against the results of one’s sole negligence and has unequivocally told the Maryland judiciary that such clause is “void and unenforceable” [and] “in that same sentence of the statute, the General Assembly expressly stated that such indemnity provision “is against public policy.””) Yet, a named party insured on the indemnitor’s liability policy can be insured against its sole negligence, despite state law prohibitions on such indemnity agreements. See Heat & Power Corp. v. Air Prods. and Chems., Inc., 320 Md. 584, 594 (1990).

The Selective Way Courtalso grappled multiple post-judgment issues that were raised, including the award of prejudgment interest not raised to the jury previously, and the award of attorney’s fees and expenses in a declaratory judgment action based on a breach of contract against another liability insurer. In sum, the Court reversed the award of prejudgment interest because it was not expressly and separately stated in the jury’s verdict, running afoul of Md. Rule 2-604(a) and as articulated in Fraidin v. Weitzen, 93 Md. App. 168, 218-20 (1992), cert. denied, 329 Md. 109 (1993).

As to the question of attorney’s fees, the “firmly established” exception to the general rule that parties are responsible for their own legal fees in enforcing remedies for breach of contract, as held in Nolt v. U.S, is that a liability insurer is entitled to recovery of counsel fees when it must litigate the enforcement of a duty to defend, and the fees were incurred as part of the damages sustained by the insured. Nolt, 329 Md. at 66. As to the Selective Way declaratory judgment action, the Court of Special Appeals held that the award of attorney’s fees turned on whether the fees were also as a result of “damages sustained by the insured.” Selective Way at 29 (citing Cohen v. American Home Assur. Co., 255 Md. 334, 363 (1969). It appears that the trial court considered these damages of the insured, however, the Court of Special Appeals vacated the award and remanded the action on the basis that Selective Way was entitled to an evidentiary hearing because the general contractor’s insurer bears the burden of proving these damages.